TED Talks are coming back to Wayne State.

For the third consecutive year, the student organization TEDxWayneStateU will be holding a series of inspiring and 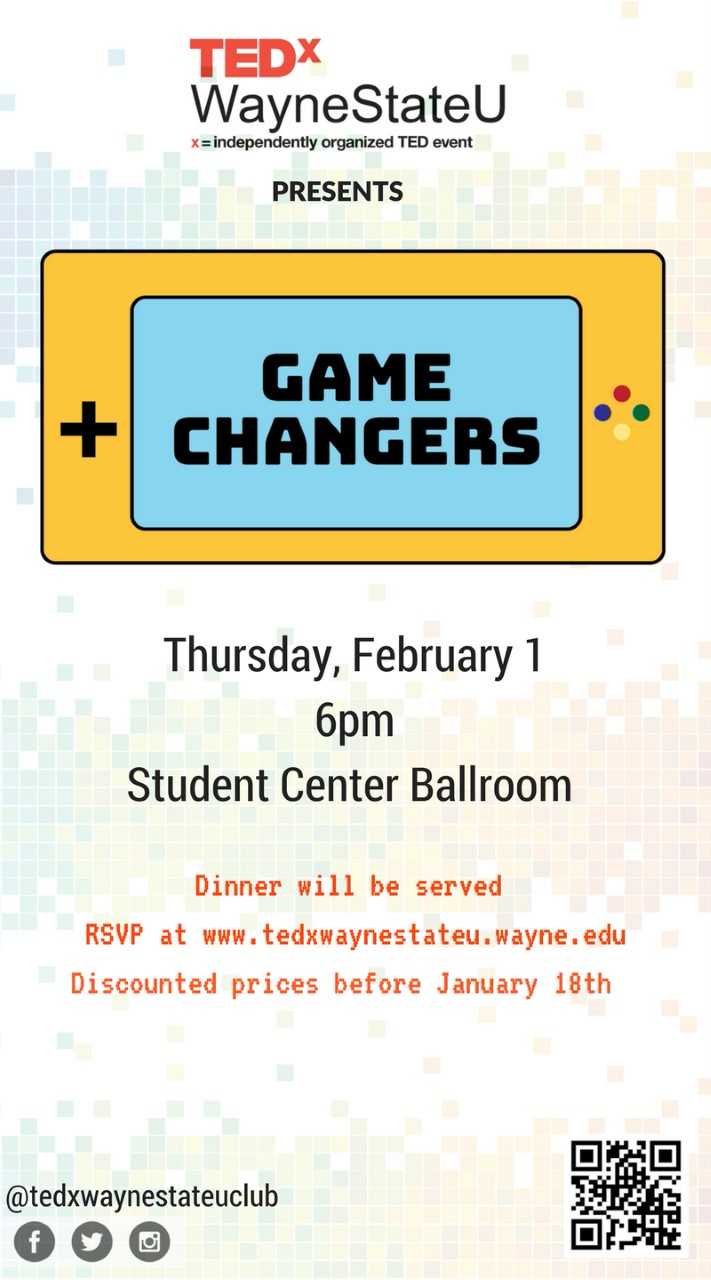 informational TED Talks during its annual TEDx event on Thursday, February 1, 2018 at 6 p.m. in the Student Center Ballroom. This year's theme revolves around "Game Changers."

"Every idea and every speaker, whatever they are talking about, is already an idea that isâ€¦changing the game in some sort of way," said TEDxWayneStateU President Saadia Taj.

Taj, who is an Honors student, psychology major and pre-med student, wanted the topic to be broad enough to encompass their speakers' best ideas while not confining them to a certain topic.

The conferences speakers include:

In addition to the speakers, there will also be different labs that audience members can participate in during the intermission. Some of the labs include a "Speakers Last Works" station, where audience members can view prior works from the speakers, a TED-ED riddles table and a pixel-art creation workstation that uses sticky notes to create artwork.

According to www.ted.com, TED is a nonprofit organization devoted to spreading ideas, usually in the forms of short, powerful talks that average 18 minutes or less. Ted began in 1984 as a conference where technology, entertainment and design converged. Today, TED Talks cover almost all topics - from science to business to global issues - in more than 100 languages.

"It's a really great way to meet people of all fields - that's something that I really love about TED is that it is not just a science conference or a chemistry conference or a multi-cultural languages conference," Taj said. "Sometimes their talk is has nothing to do with what they are studying, but they are just these really fascinating ideas. It's a great way for people to come and learn about these ideas and reflect amongst themselves."

She added that it was also a great networking opportunity, especially for those in the audience who are interested in the field the speakers are in.

Once the conference is over, there will be a dinner where audience members will be able to interact each other as well as with the speakers.

"This is something, I think, that highlights the best and brightest of Wayne State," Taj added. "I think that is something that it really great about TEDx is that it is not going after something like you have to buy this or you have to do this, it is showing you this is what people do at Wayne State."

Tickets for the TEDx event can be purchased at tedxwaynestateu.wayne.edu. Tickets are limited to the first 100 people that purchase tickets.